The Story of Belle Alliance

The origins of the Belle Alliance can be loosely be traced back to the period 1934-39 when Shell teams (mens) from Brussels, The Hague, Hamburg and London met to play hockey. Subsequently this became a regular feature in the 1950s and 1960s, usually at Easter, when four Shell Clubs, Lensbury UK, Rotgelb Hamburg, FIT Pollux/ Te Werve The Hague and Wellington near Brussels, played in the “Loudon Tournament“ which rotated annually between venues in the four countries. It was much sought after with all expenses paid by Shell but sadly was discontinued in the later 1960s in one of the early Shell belt-tightenings.

While occasional meetings between Lensbury and Te Werve continued in the following years it was not until 1978 when Richard Gates, who had captained Lensbury for many years but was then working for Shell in Brussels and playing at Waterloo, in collaboration with the Wellington and Te Werve, organised a tournament between the three clubs to be played at Wellington on the weekend of 13-14 th. May. It is recorded that the name “Belle Alliance” was agreed at a very early breakfast (05.00 am) meeting at Richard’s house in Brussels when the Lensbury players arrived from their overnight journey.

Thereafter the “Belle Alliance Trophy” was competed for annually, with enjoyable skirmishes, usually over Whitsun weekends, from men’s teams of Lensbury, Te Werve and Wellington, and rotating as hosts. Although started as a tournament for men only, as participating sides became more family orientated, ladies teams from Te Werve and Wellington were included in the early 1990s and one from Lensbury later in the decade.
It was also in this period that further belt-tightening at Shell, first affecting Te Werve but later also Lensbury, resulted in changes to their venues for tournaments, with the 1999 and 2002 held at Hudito Club near Delft and the 2000 at Bisham Abbey, UK. Wellington Club continued steadfastly over this period providing a strong base to keep the tournament alive thanks to the wise guidance of their organiser Jean-Francois. It would have been unthinkable that the “Belle Alliance” should decline after so many enjoyable years and thanks also to scouting efforts of Paul Mangat, STK was recruited to join the alliance in 2001, with Leuli and Guido assisting Lensbury men and Heide leading a full ladies STK side.

Over the next two years STK numbers increased such that they fielded full ladies and men’s teams at Hudito in 2002 when 4 men’s and ladies’ teams were present (unfortunately also the last time Te Werve/Hudito participated) and STK became the year’s very successful hosts for 2004 in Berlin, which also saw the first incorporation of the Sunday afternoon “Funny Games”. Further changes over the years have been the introduction of ad hoc games for youngsters fitted in between and after main tournament games.

In 2017 we celebrated the 40th. “Belle Alliance” tournament at the founding club of Royal Wellington THC and followed this in 2018 at Lensbury with a celebration recognising completion of the XLth. anniversary year. As new blood is incorporated gradually into participating teams we confidently expect “Belle Alliance – Where Friends are Always Welcome” will continue to prosper over many years to come.

belle-alliance-hockey-festival.de thanks our exclusive chronicler, Mr. Colin Cochrane, for this wonderful text. 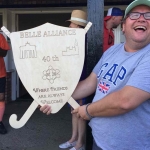 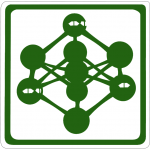